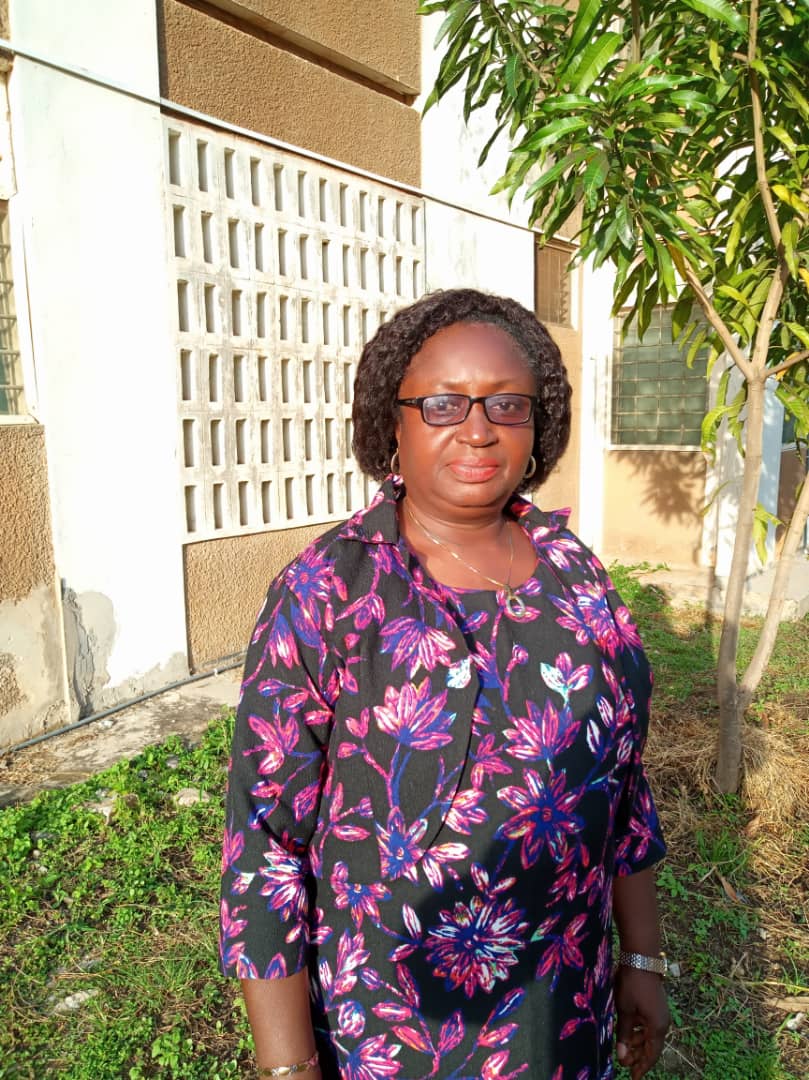 St. Teresa’s College of Education, an all-female institution was established on 1st November, 1961 with 35 pioneer students drawn from all the then nine (9) regions of Ghana. The College was founded by His Lordship Rt. Rev Anthony Konings of blessed memory who was the Bishop of Keta Diocese. The College was initially opened as a 2 – Year Certificate ‘B’ College and was called Women’s Training College (WOTRACO). The name was changed to St. Teresa’s College in 1964 when the institution was placed under the patronage of St. Teresa of the Child Jesus and adopted the motto: ‘Live the Truth in Charity’.

The aim of the founder was to establish a Catholic Teacher Training College for Women in the Diocese which would give a sound moral, spiritual and professional education in the true Catholic tradition. The College inherited the facilities of a Sisters’ Convent which had been moved to Dzelukofe. Since the piece of land on which the convent was situated was not big enough for the new idea of a Teacher Training College, there was the need for additional plots of land. The Bishop and the Parish Elders including Rev. Fr. John Beckers consulted the Asiamah Family of Gbi-Bla led by the late Mr. Joseph AchyemdeAsiamah who responded favourably to this worthy cause and gave out this piece of land on which we are today. We are grateful to them.

From the beginning, the College had two separate storey buildings and one bungalow. The first storey building served two purposes. The top floor was the residence for the Principal and the Vice Principal while the Ground floor was the Administration Block. The bungalow was for the House Mistresses while the second building of two storeys served several purposes. The top was the dormitory for the students while the ground floor served as the classrooms and a dining hall with the kitchen attached to the back of the ground floor – the present St. Margaret Mary Hall.

1963 – 1967 was a period of great physical expansion. Most of the existing structures were put up at that time – the Dining Hall, Classroom Block, Staff Bungalows and the Art Shed. The great architect and builder was Rev Fr. Theo Manshanden, SMA. The first priest who built the OLA Sisters’ Convent that became the beginning of St. Teresa’s College was Rev. Fr Theodore Brockhoff, S. M. A. The recent addition to this structural improvement is the provision of two semi-detached bungalows by the Government of Ghana and GTZ (Germany) at the northern boundary of the college.

Just like a mustard seed, the college grew from year to year. Her first batch of trained teachers was sent out in 1963 to become her first ambassadors. 1962/63 academic year saw the arrival of the first batch of Cert ‘A’ 4 – Year students.

A turning point in the life of the college occurred in the mid 1970s. The Government of the National Redemption Council (NRC) decided to close down the college and turn it into a Teachers’ Resource Center. The Bishop, Rt. Rev Francis A.K. Lodonu vehemently resisted the idea. The government however, turned the college into a Resource Centre in 1975 against all pleas and advice from the Diocese.

The Resource Centre therefore operated alongside the continuing students from 1975. The Bishop threatened to take back all that belonged to the Catholic Church - the parcel of land on which the college is situated and all the structures on it and change the college into a Secondary Technical School. It was this threat which weakened the strength of the government on the issue and in 1977, the Teacher Training Programme was re-introduced. The admissions that year included 20 men – a condition from government for the return of the college to a Teacher Training status. Subsequent years saw the admission of the same number and sometimes fewer men to satisfy the demands of the government of the day. Through the resilience and untiring efforts of His Lordship, Bishop Francis Kofi Anani Lodonu who strongly and still held the vision of the founding fathers, the college reverted to its original idea of training only females in 1990/91 academic year.

Academically, St. Teresa’s College is always among the best in the country. She topped the seven (7) Volta Colleges on several occasions in the Colleges of Education Examinations. In the history of the Diploma in Basic Education Programme, St. Teresa’s College was the only female College nationwide to have produced a first class student in 2010, in the person of Ms. Florence Adom, who was the only first class student from the Volta Region. Again, in the 2012, Ms. Josephine PopieloBagyuor of St. Teresa’s College emerged as the National Overall Best First Class student among the then thirty eight (38) Public Colleges of Education in the country. We are very proud of these students for their outstanding performance. The College erected their statues on campus to serve as a point of reference and also to motivate the up and coming students. Ms. Rachel Asamoah and Ms. Joy Philomena Kploedokpor also received awards as Volta Zonal best graduating students in the 2015 and 2017 Awards Ceremonies held at the University of Cape Coast respectively.

Furthermore, during the 2017 congregation of Bachelor of Education Students (Sandwich Group) held on Friday, 24th March, 2017 at the University of Cape Coast, a student from St. Teresa’s Study Centre Ms. Belinda Naakuor was adjudged the Overall best graduating student in the group obtaining an all time GPA of 3.95.

Professionally, the products of the college are the first choice for all head teachers who want to see real progress in their schools. They are devoted, self-disciplined and always ready to brighten the corner where they are. In the field of sports, TERESCO has no equal in the region- sweeping most of the gold medals in the ladies’ division every year. In fact, the Regional Female Contingents for the national games is always dominated by students of the college.

The college once produced a National Beauty Queen in the person of Miss Mary Coffie in 1978. Apart from the quality of teacher training given to all those who pass through the college, TERESCO prides herself in producing a good number of Reverend Sisters, Reverend Pastors and Queen mothers.

TO DEVELOP THE COLLEGE INTO A WORLD-CLASS FEMALE TEACHER EDUCATION CENTRE, DEDICATED TO THE PROVISION OF EXCELLENT BASIC EDUCATION IN GHANA.

THE COLLEGE SHALL CHURN OUT COMPETENT, EFFICIENT AND DEDICATED FEMALE TEACHERS THROUGH QUALITY-DRIVEN LEADERSHIP TO SERVE AS ROLE MODELS AND TEACH IN ANY COMMUNITY, CHAMPIONING THE CAUSE OF QUALITY EDUCATION IN GHANA AND BEYOND.

Our Core Values are:

The following have been Principals/Acting Principals of the College over the years:

Currently, the following programmes are offered in the college:

1. The DBE (General) programme started in 2004/2005 Academic Year. The last batch of students pursuing the programme are currently in Level 300. The programme will be phased out when the current Level 300 students complete college in July, 2020.

2. The 3-Year Diploma in Basic Education (Early Childhood Education) Programme started in 2016/17Academic Year. The last batch of students pursuing the programme are currently in Level 300. The programme will be phased out when the current Level 300 students complete college in July 2020.

St. Teresa’s College is organized into six (6) Academic Departments and each Department is made of a number of disciplines as shown below:

2. Department of Mathematics and ICT

The students’ enrolment figures in the college for the 2019/2020 Academic Year stands at six hundred and eighty students (680). The breakdown is given below. 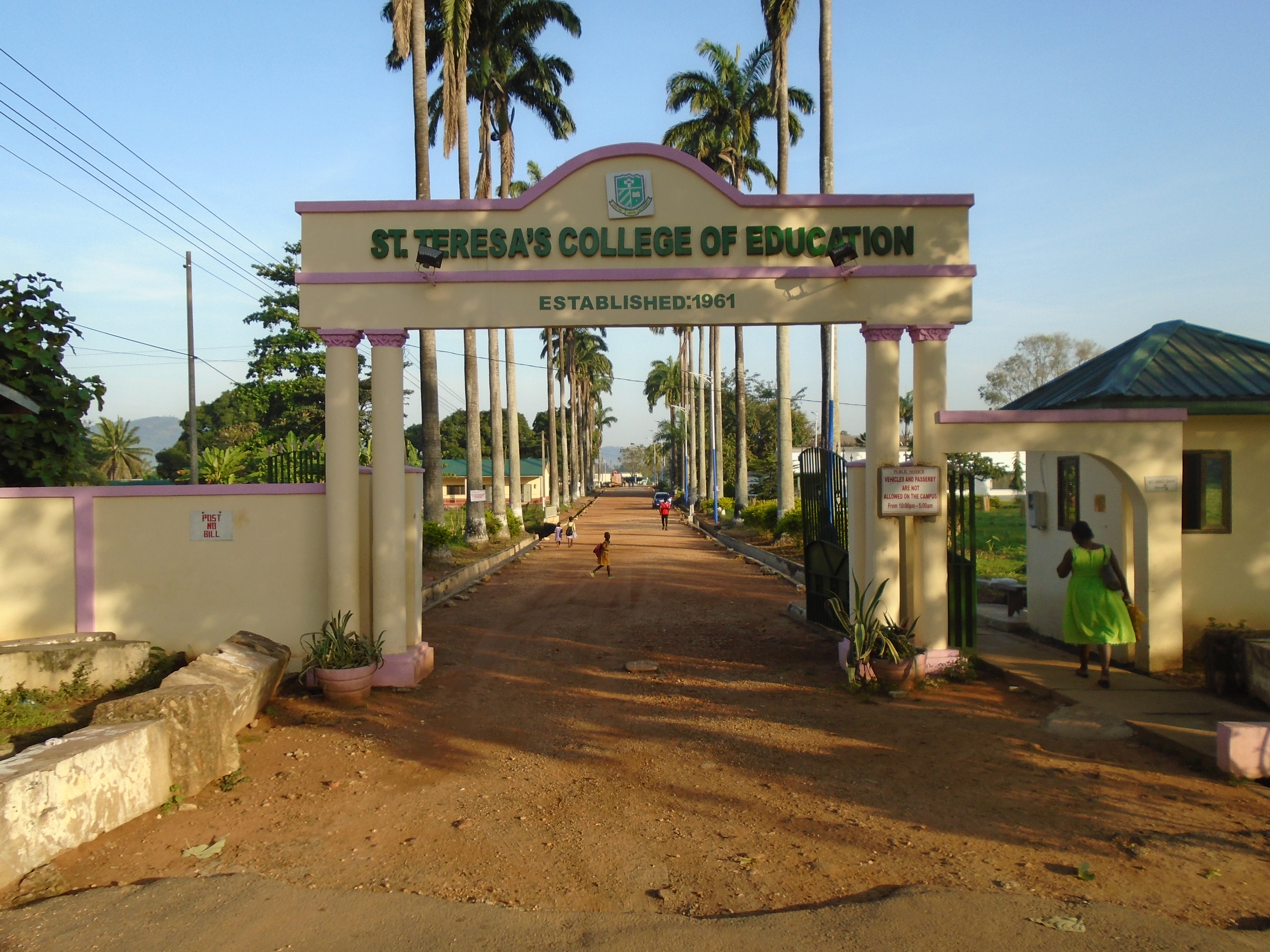 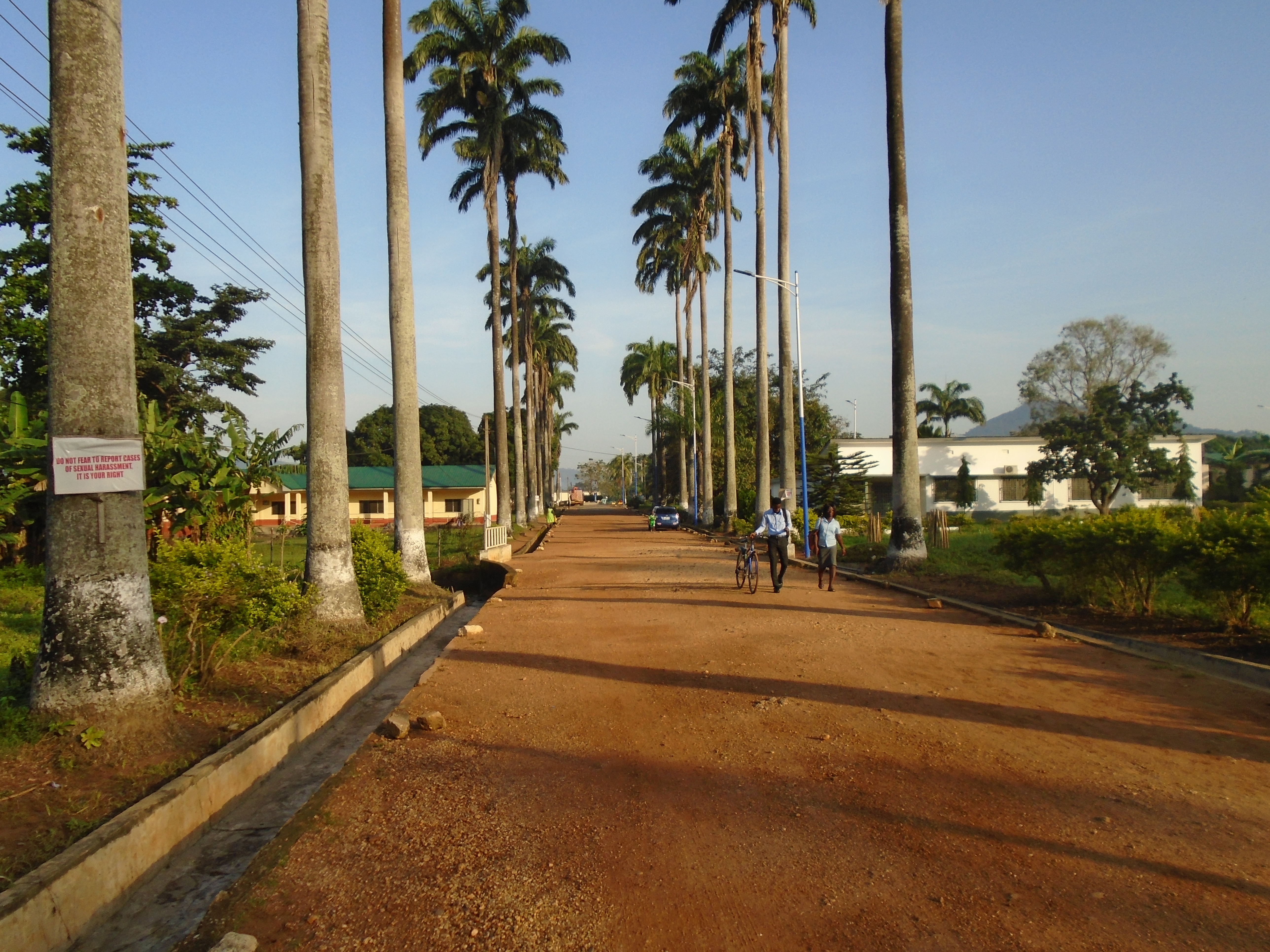 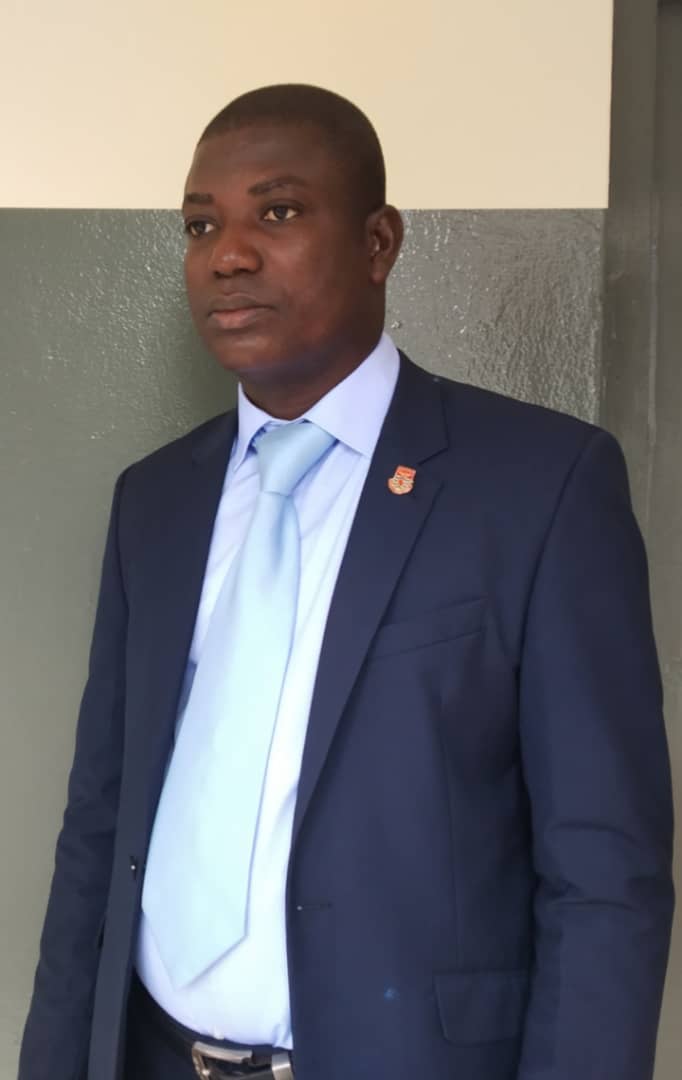 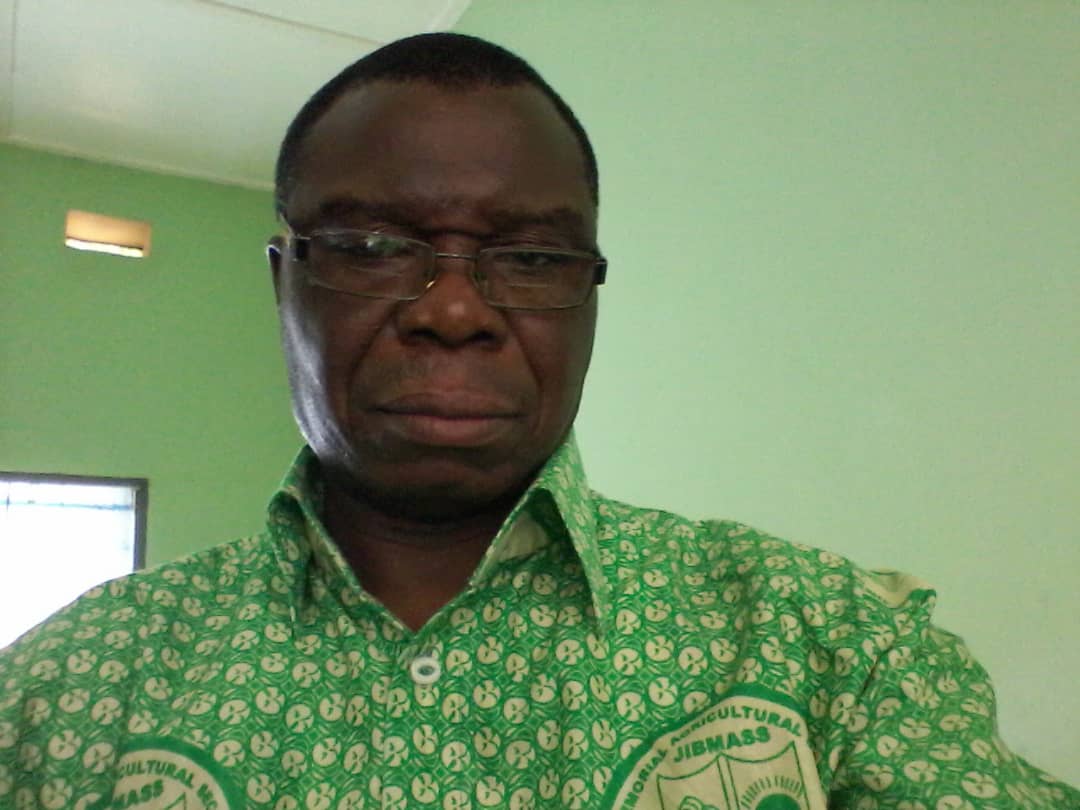 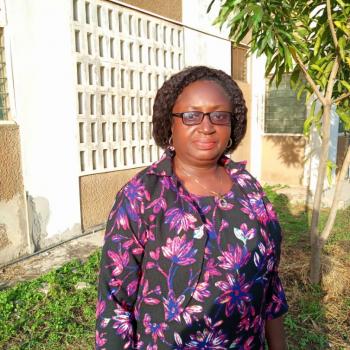